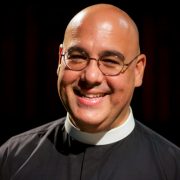 The Rev. José Roberto (Berto) Gándara-Perea began his ministry at Emmanuel on Sunday, August 17, 2014. Berto is a native of Puerto Rico and speaks English, Spanish and French. He has been a priest for 26 years and served in the Dominican Republic, Belgium, Spain, Puerto Rico, and most recently at the Church of the Intercession in Harlem, New York City. Gándara has a bachelors of arts in philosophy and a masters in theology. He also obtained four other post-masters degrees from universities in Belgium, Spain, and New York. Gándara is passionate about parish ministry, contemplative spirituality, photography, drumming, Native American flute playing, inter-religious dialogue, and outreach, especially to the LGBT and Latino community. He has shared his life with his spouse, the Rev. Hugh McPhail Grant, from Atlanta, Georgia, who is also an Episcopal priest. 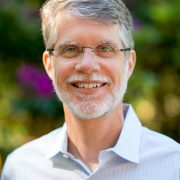 Hugh has joined the team of Emmanuel in 2017 as assisting priest. Hugh  received a B.A. degree in economics from Davidson College in NC in 1988, a Master of Social Work from the University of Georgia, and a Master of Divinity from the General Theological Seminary in New York. Hugh practiced as a counselor in Atlanta for ten years, working for AIDS service organizations, a county mental health clinic, and in private practice before seeking theological training. After his seminary studies, Hugh served for five years as an assisting priest at St. Luke in the Fields in New York City. Since 2014, Hugh has lived on Orcas and is the spouse of our rector Berto. On Orcas, Hugh’s main work is as a Licensed Independent Clinical Social Worker. Those inquiring about psychotherapy sessions with Hugh please go to his website: https://www.hughmgrant.com/ 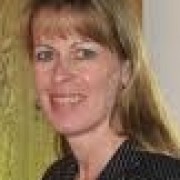